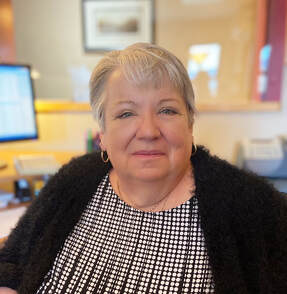 ​You may contact us in any one of the following ways:

​The parish office's hours are as follows:
Tuesday to Friday: 10am until 3pm or by appointment
The office is closed Mondays, weekends and all statutory holidays

On January 7th 1854, the missionary parish of Nanaimo was formed.  Bishop Demmers blessed the first chapel and placed it under the invocation of St. Peter.  It remained a mission chapel until 1876 when Bishop Charles Seghers installed Fr. Lemmens as the first resident parish priest.
The sisters of St. Ann arrived on April 18th 1877.  Within a few days a school was opened.  A new church was built and was opened for midnight Mass on Christmas Day 1878.  In 1879 construction was started on a new convent on land donated by Bishop Seghers.
In 1910, a disastrous fire destroyed both convent and church.  A new building was constructed and opened by 1911.  Wellington had become a ghost town so Fr. Heynan transferred the church from Wellington to Nanaimo.  A bell in the present St. Peter’s church bears this inscription, “this bell was bought after the fire of July 11th 1910.”
After many years of devoted service Fr. Heynan retired in 1937.  His successor was Fr. Lewis MacLellan, the first local priest to be installed as pastor of Nanaimo.  The early priests had come from Belgium and Holland.
A campaign to raise funds for a new St. Peter’s church was undertaken and on the feast of St. Joseph, in March of 1958 Bishop Hill turned the first sod.  The church was opened and dedicated on May 1st, 1960.
After many years of service the sisters decided to close the convent in 1966.  In 1968 the parish celebrated a mortgage burning.  Fr. Phillip Hanley, was the new pastor.  In 1969, Monsignor Baker, passed away and now lies buried beside the church he helped to build.  There is not much more  information available until the arrival the Salvatorian Fathers in 1998.
Fr. Zarebski was the first Salvatorian priest to become a pastor at St. Peters.  Under his guidance the spiritual life of the church had been invigorated.  He initiated 40 hours adoration of the Blessed Sacrament weekly, and outdoor processions on the feast of Corpus Christi.  He encouraged devotion to the Divine Mercy and many other devotions.
Fr. Zarebski was moved to Burnaby in 2006 and was replaced by Fr. Waldemar Podlasz who continued to enhance the parish spiritual life by encouraging the beauty of the liturgy.  Beautiful flowers always adorned the altar and for special occasions such as Christmas and Easter the altar was especially glorious.  In July of 2013, Fr. Piotr became pastor, moving from Calgary to Nanaimo. While only with the parish for a short year before being asked by his Provincial Superior to return to the Seminary in Poland as a Formator, Fr. Piotr made a lasting impression on the parishioners. In July 2014, Fr. Krzysztof Pastuskza joined us from the mainland and is now serving the communities in north Vancouver Island. Currently St. Peter's Parish is under the care and administration of Most Reverend Gary Gordon, Bishop of Victoria.
St. Peter’s Catholic Women’s League was chartered on October 20th, 1937 at a meeting at St. Ann’s convent.  They raise funds for needy cases by catering; teas, bazaars, and rummage sales.  The Missions both domestic and foreign have been aided by these funds through the years.  Education has also benefited by C.W.L. scholarships.  Contributions were made to the cost of building St. Peter’s church which was dedicated May 1st, 1960.  The main altar and crucifix above it and the stained glass window was also donated by the C.W.L.
During the late nineteen forties a need for a fraternal organization for men became evident.  A council for the Knights of Columbus was organized in Nanaimo and was called mid island council.  The local Knights have also established a scholarship fund. Each Christmas season the council works with the St. Vincent de Paul society to aid needy families with gifts and a special food hamper.  The Knights hope to ensure the rights of the unborn.  All concerned citizens must be made aware and be prepared to raise their voices in support of their right to life.  A memorial has been erected beside the church in remembrance of all victims of abortion.
It is estimated that there are more than 1,200 Catholic families in St. Peter’s the number of individuals participating in the Sunday Eucharist is approximately 700.